History of the organ

The Britannic organ in Seewen is a variant of the base model V-VI of the Welte Philharmonic organ with a dual console and pedal as well as a roll mechanism for automated play. During restoration of the organ at the end of March 2007, an inscription was found stamped on one of the off-note motors that pointed to the organ's original purpose. While cleaning normally hidden beams, the word "Britanik" was stamped on four different locations on the original organ. Additional inscriptions were found at the end of May 2007 brining the total inscriptions found to six. The organ was intended for the ocean steamer Britannic - the sister ship to the Titanic. This type of organ was documented for the ship, but had been considered lost until recently.

The organ was never installed, since the Britannic was sunk during the First World War in 1916. The Welte company therefore sold the organ in question to Dr. August Nagel (1882-1943) and installed it at his residence in Stuttgart. Nagel had owned a highly successful camera manufacturer since 1908 and loved music.

Nagel returned the organ to the manufacturer in 1935 since he sold his house. Once again, the Welte company found another buyer and sold the instrument in 1937 to Dr. Eugen Kersting (1888-1958), owner of the electronics company Radium in Wipperfürth. Dr. Kersting had the instrument installed in a reception room with some additions. Werner Bosch (1916-1992), a German organ builder, was assigned to maintain the organ.

History of the ship

Finally, Heinrich Weiss, the founder of the Museums for Musical Automatons became aware of the instrument and purchased it in 1969 for his already considerable collection. After moving the instrument to Switzerland, Weiss invested some 1,500 hours installing the organ and commissioned Werner Bosch to do the final regulation. The re-inauguration of the organ was celebrated on May 30, 1970 in Seewen. Bosch was himself so impressed by the collection in Seewen as well as the rescue of "his" Welt Philharmonic, that he brokered the acquisition of 1,230 original rolls that came into his possession from the Welte company inventories. Now, the Museum for Music Automatons Seewen not only has an exceptional instrument with its exceptional history, but it also possesses the corresponding original recordings for its collection.

The organ designated as the sister instrument of the also well-maintained and restored Welte Philharmonic Organ at the Salomon Center in Tunbridge Wells, England. Inscriptions of "Salomoons" were also found in the Solomon Organ. Both organs were most likely built at the same time in the years 1913/14. 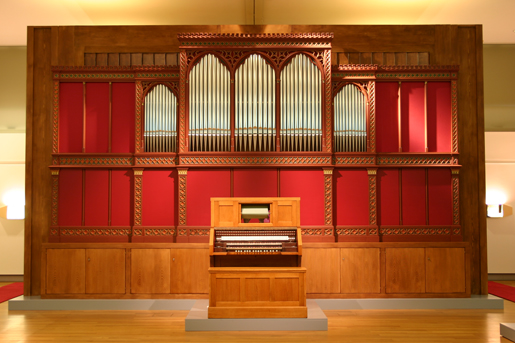 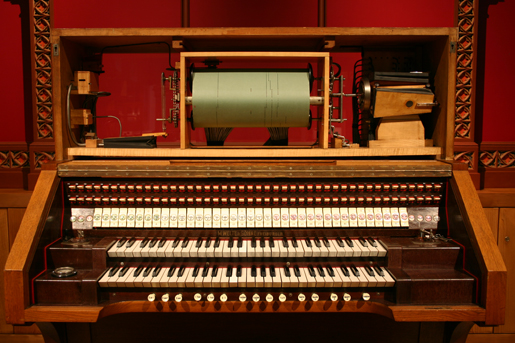 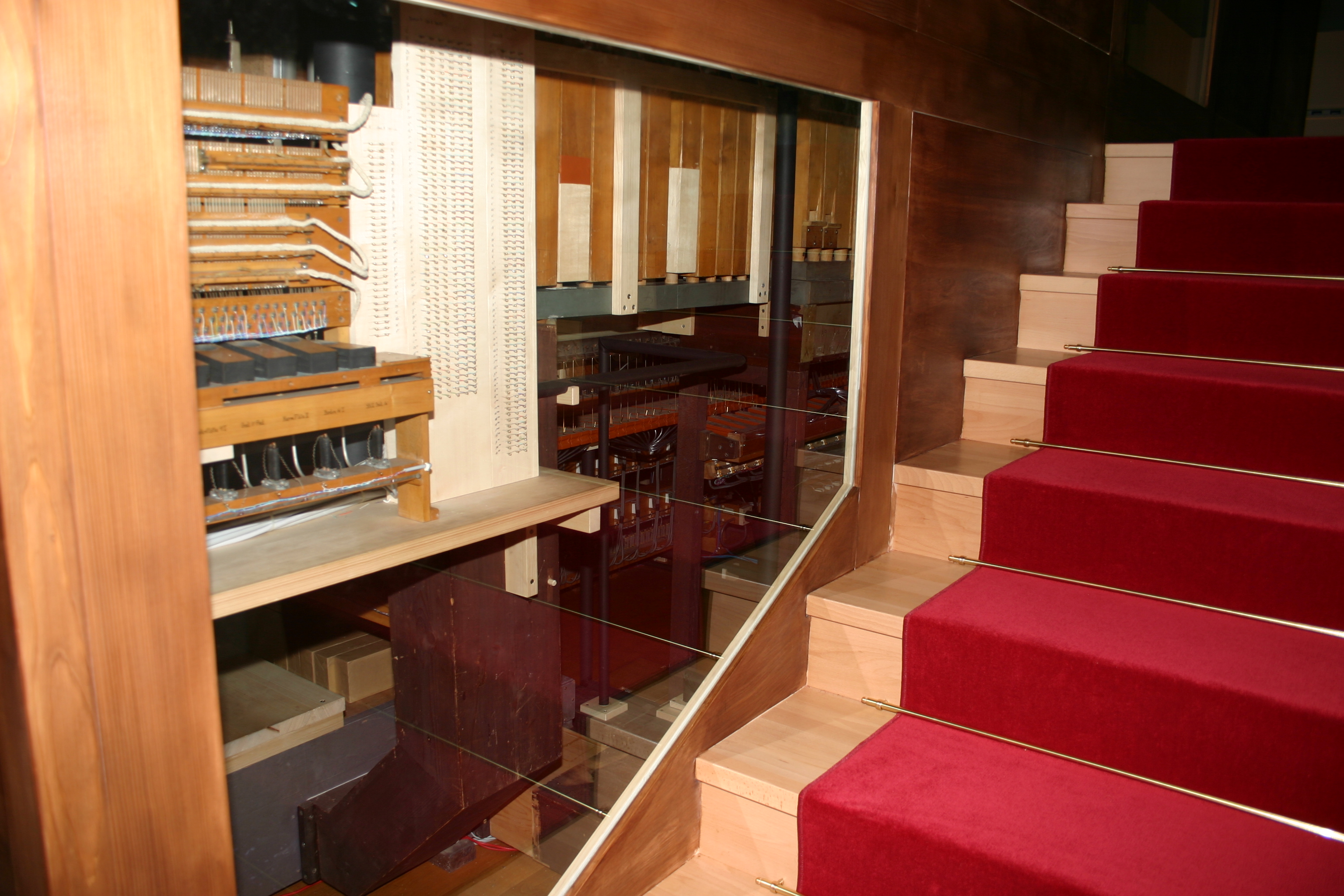 View of the interior of the organ 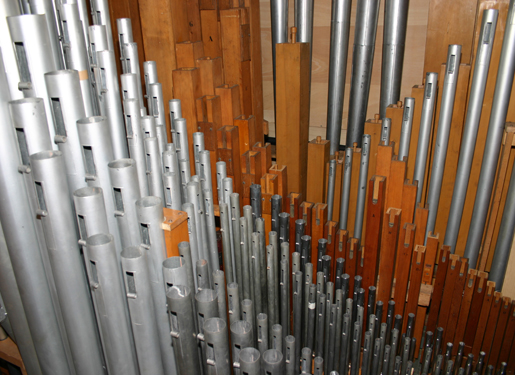 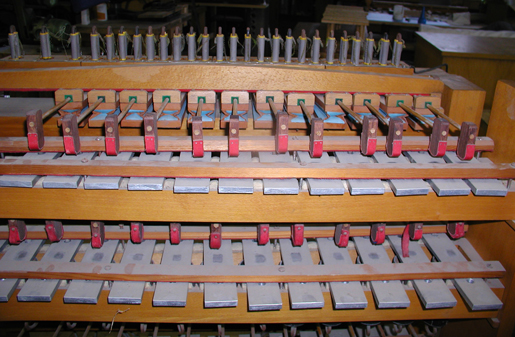 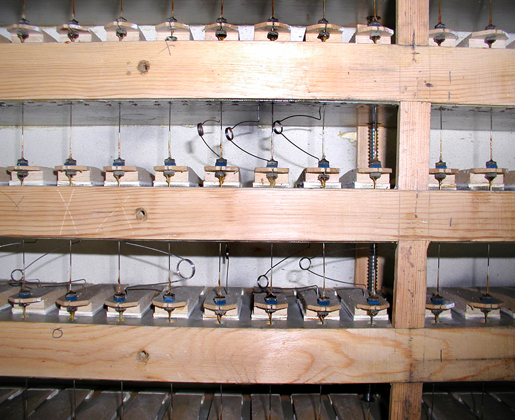 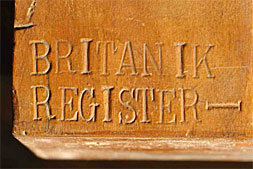 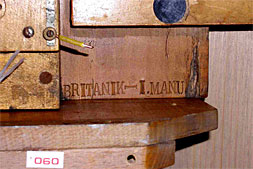 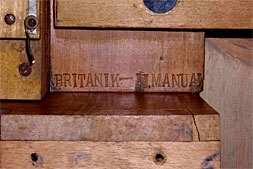 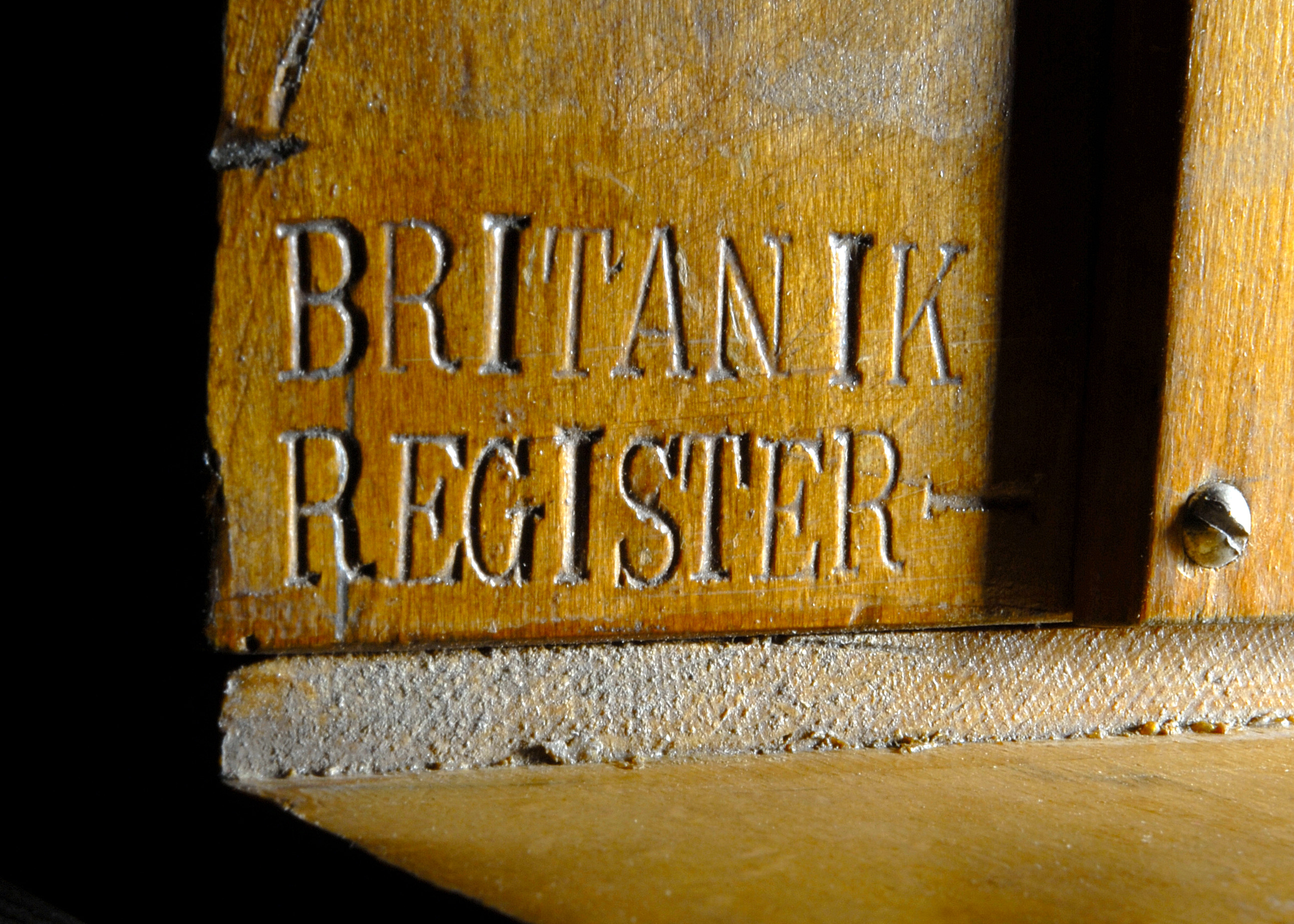 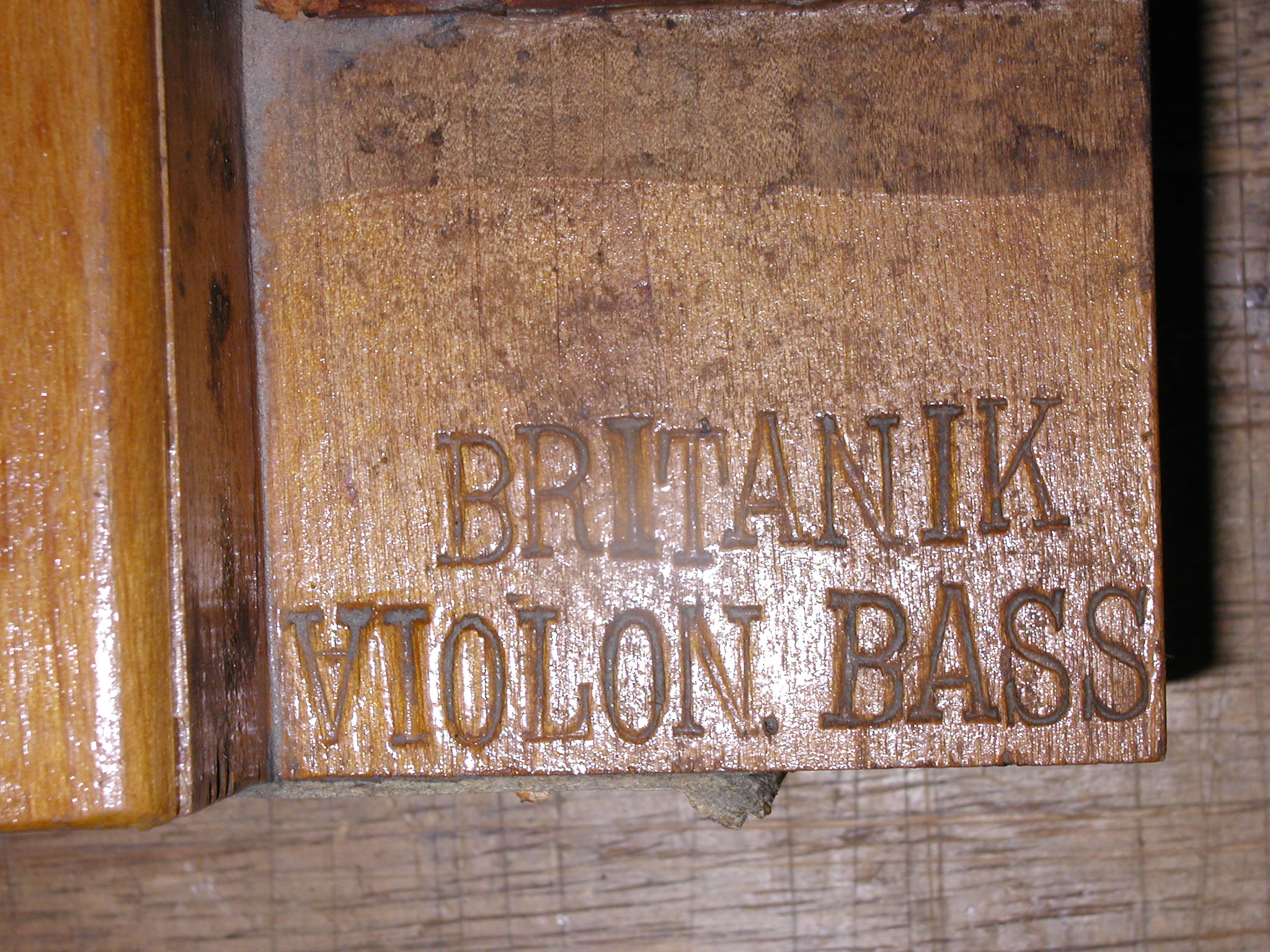 Another reference to the Britannic