The perforated disc began its brief career in mechanical music in the 1880s. Developed in Leipzig, this new simplified sound production system was cheaper to produce and allowed for a wider, more diverse and more topical music repertoire. Swiss music box manufacturers ─ principally the market leaders Paillard, Mermod Frères and Thorens ─ were facing increasing competition from Germany in the last years of the 19th century and soon noticed sales of their traditional cylinder music boxes suffering as a result. At first, the competition was countered by producing new models of Swiss music boxes, but the 1890s were already witnessing the development and production by Swiss companies of disc music boxes for the world market. The Stella disc music box was exhibited at the 1896 Swiss National Exhibition in Geneva. Unlike the Leipzig discs, the Stella used flat perforated metal discs without hooks on the reverse side. Although Swiss disc music boxes enjoyed a degree of international success, the Leipzig instruments had been able to gain a decisive head start.

Disc music boxes in this special exhibition are demonstrated every Tuesday and Thursday at 3:05 p.m. 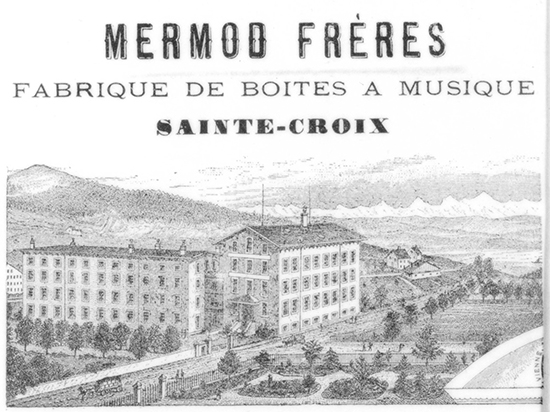 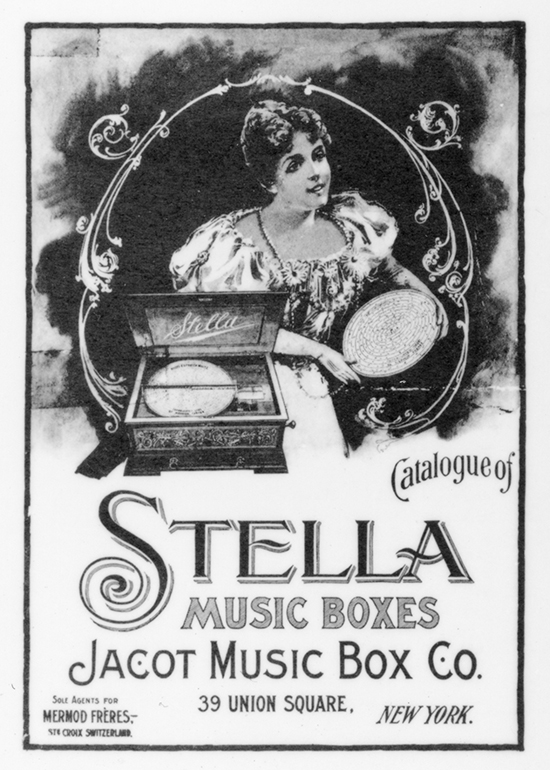 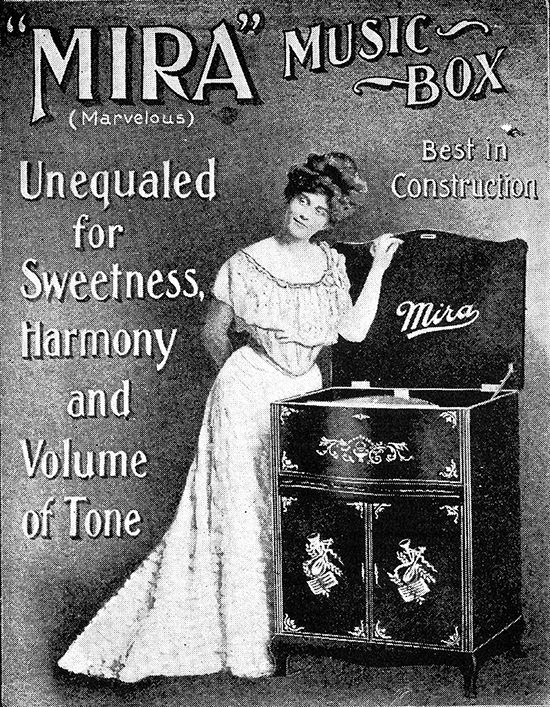 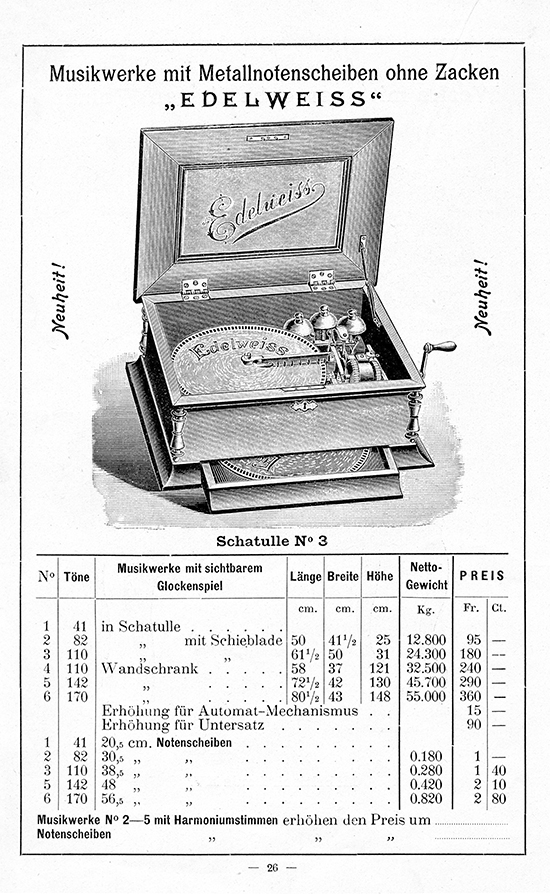 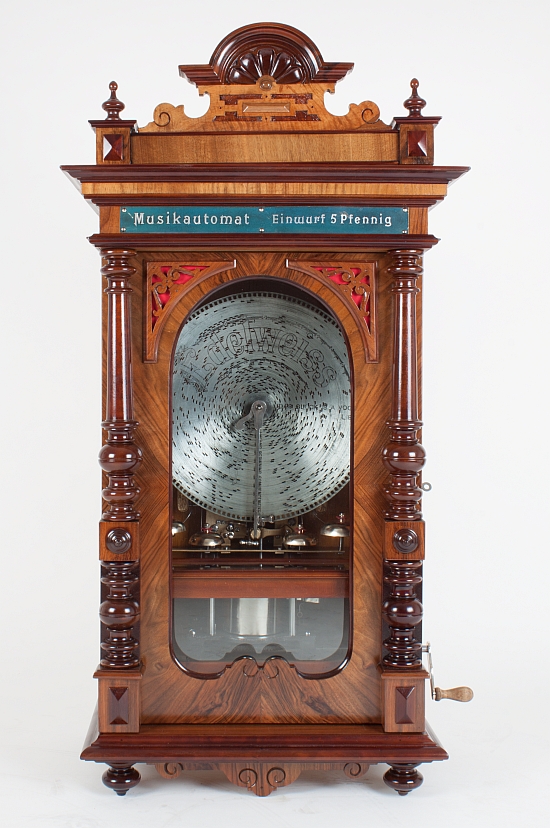 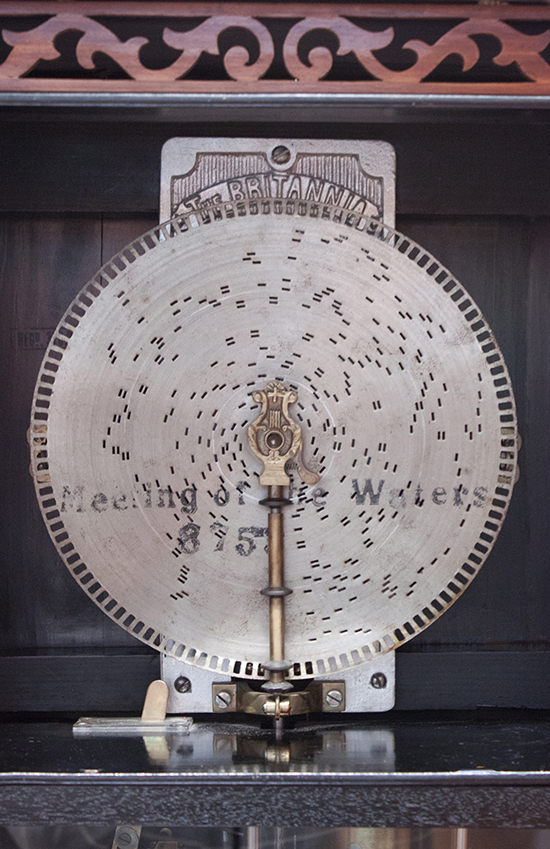 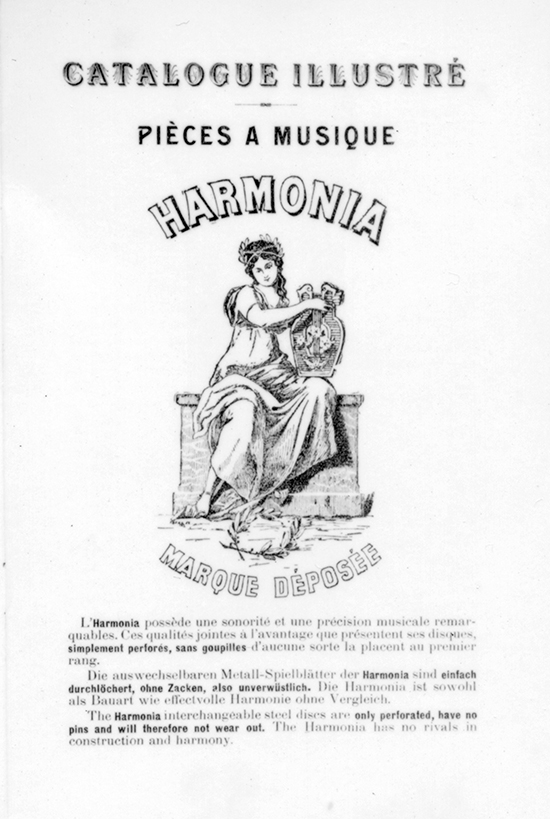 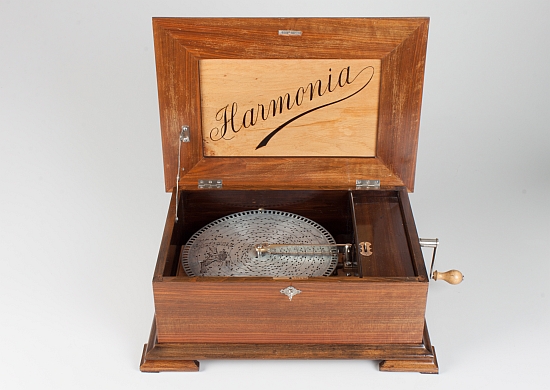 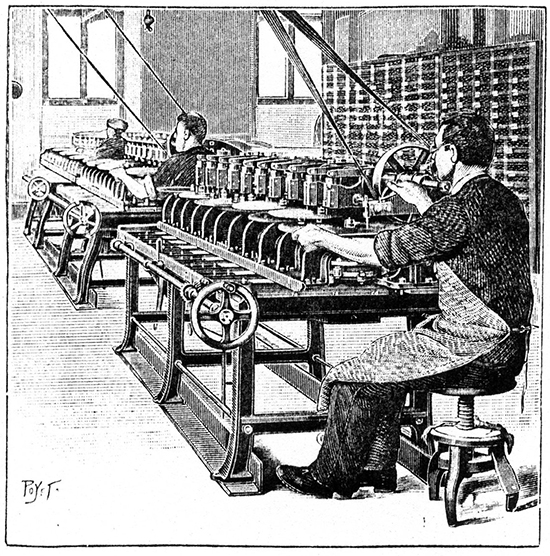 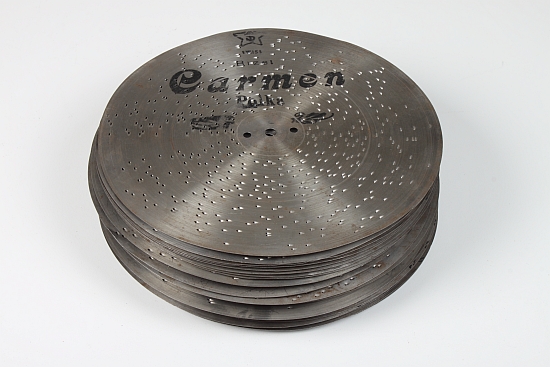 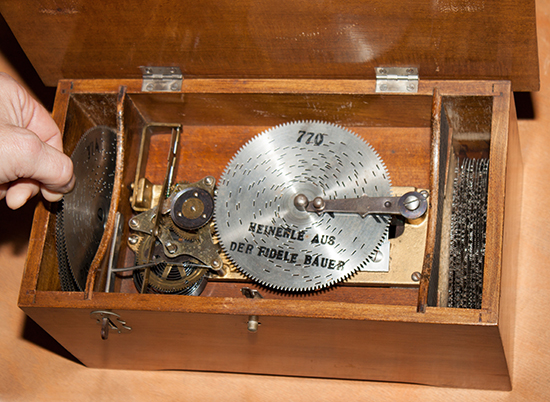 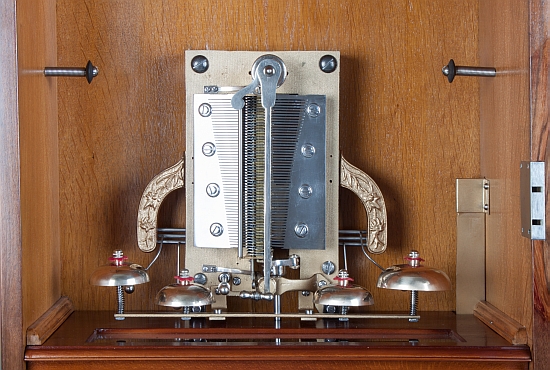 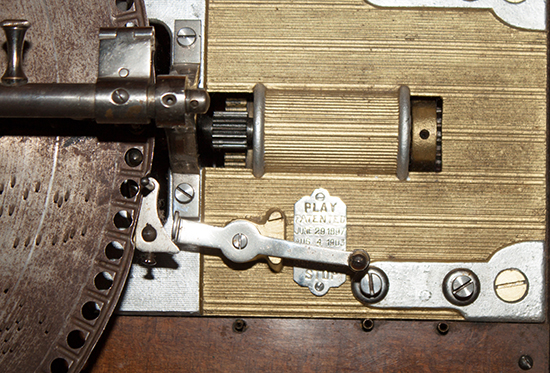 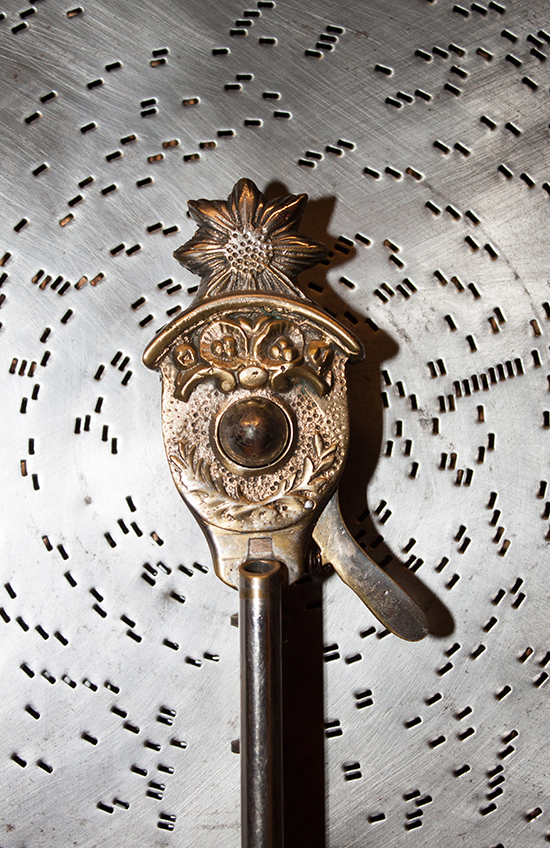